Celeborn saw this story on the BBC News website and thought you
should see it.

** Hubble glitch delays shuttle trip **
Servicing of the Hubble telescope will almost certainly to be delayed until next year after a fault develops on the observatory.
< http://news.bbc.co.uk/go/em/fr/-/2/hi/americas/7642988.stm >

** BBC Daily E-mail **
Choose the news and sport headlines you want - when you want them, all
in one daily e-mail
< http://www.bbc.co.uk/email >

** Disclaimer **
The BBC is not responsible for the content of this e-mail, and anything written in this e-mail does not necessarily reflect the BBC's views or opinions. Please note that neither the e-mail address nor name of the sender have been verified.

If you do not wish to receive such e-mails in the future or want to know more about the BBC's Email a Friend service, please read our frequently asked questions. http://news.bbc.co.uk/1/hi/help/4162471.stm

How colour can affect your mood...

There is no escaping colour - it surrounds us every
second of every day. It should come as no surprise then, that individual colours
are thought to have a different impact on human behaviour and emotions. Colour
theorists argue that this is why a bright blue sky and yellow flowers make us
feel happy, while grey clouds can make us feel down. But are they right? We met
with an experienced colour psychologist to find out more.

I admit that I have always been a bit sceptical about the role colours play
in our lives. What does it mean that I picked out the black shirt hanging in my
closet over the green one? I’ve always thought it was just because the black one
was closer, and perhaps less wrinkled.
However, I will also admit defeat in that I now think there might be
some truth to colours having influence on our emotions and the nonverbal
messages we send to others. So what was it that made me 'see the light'? The
answer is colour psychologist Angela Wright.

Angela has been interested in the effect of colour on human behaviour since
her childhood, when her family owned a hotel in the Lake District. She became
interested in why some guests just 'felt better' in certain rooms. Since then,
her studies have included Freudian Psychology to support her theory that how
people respond to colour is not random, but mostly subconscious.

Is
your home making you ill?
But Angela isn't the only one who believes colours around us can have
an impact on our mood and general wellbeing. Researchers at Leeds University
used a variety of colours in hydrotherapy rooms to encourage movement and
cheerfulness in patients. They were among the first researchers to use
mathematical equations to determine the emotional effects of colour. They
conducted a series of experiments which now allow them to say with mathematical
proof that colours do indeed have an effect on our emotions.
Angela, meanwhile, has spent her entire career meeting with individuals
to asses their individual emotional colour responses. She has recently helped to
launch the Philip’s
LivingColour lamp (pictured, right) which was the reason for our meeting.
The lamp has several colour settings which allow you to illuminate your room in
a shade that supposedly reflects your mood. However, when I got it home, I was
more curious about how this would brighten up the drab cream coloured walls of
my flat than how it was supposed to affect my mood. Could the lamp
really contain the same amount of stress relieving power as a mani/pedi at my
favourite spa?

In my preparation for my meeting with Dr Wright the following morning, I
decided to turn off the lights and flick on the lamp. And it was indeed very
illuminating. I had no idea what colour I should be choosing to aid in my post
work recovery, which admittedly I usually do with a piece of chocolate. However,
after several spins around the colour wheel, I finally settled on a light
greenish blue. I admit it was nice, and I think I felt a bit calmer, but I
wasn’t entirely convinced it was the lamp that had the effect on my anxiety
level.

12
workplace health sins
My meeting with Angela the following morning brought some much needed
explanation. She taught me that there is no 'right' colour for someone or
something; it all depends on the individual or occasion, and how the colour
makes you feel in your 'gut.' One of the reasons Angela endorses the lamp is
because it adds the colour we desperately need into our homes without turning to
a paint brush.

While Angela does not tell people what to do in their homes and workplaces,
she does advise against certain colours. In a work place for example, there is
no worse colour than grey. The drab colour puts us to sleep and inhibits
productivity, which could explain why most of us reach for that extra cup of
coffee on cloudy days. She also advises against the use of bright yellows in
baby nurseries, claiming the overwhelming colour causes insomnia and hyperactive
children down the road.
Unfortunately my visit with Angela was a bit too short for her to do a
complete personality profile on me. But what I did learn has planted a little
seed of doubt in my wardrobe choices lately. Angela explained that when you wear
black, as I do quite often, you are subconsciously putting up a barrier to
others.

The
most popular food myths

There are four different personality types, with only the fourth one truly
being able to pull off black. These people are very self-motivated and focused,
not to mention intimidating. Oprah Winfrey and Sean Connery are examples of Type
4 personalities. As for me? Angela said she could tell right away from my
outgoing warmth that I was not a type 4, thus ruining any chance I had of being
able to completely pull off head-to-toe black.
So next time you are not sure what colour to paint your kitchen, or
what colour shirt to pick out for that first date, go with that colour that
physically makes you feel good. I’m afraid though that my deep love of the
classy, slimming black that my mother has instilled in me since birth may be
difficult to erase. But nonetheless, after meeting with Angela I have a new
found respect for the way colours influence our lives, and I’m learning slowly
(with the help of my new lamp) how to introduce colour to enhance my
emotions.

Posted by Celeborn at 9:43 AM No comments:

Can't WAIT...to get more of 24. We can just guess...even more adrenaline-rushed action scenes and the plot sounds infallible.
Posted by Celeborn at 12:12 AM No comments:

A Night in Melbourne 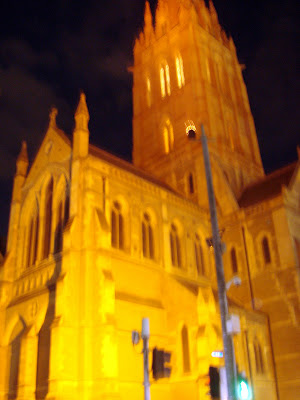 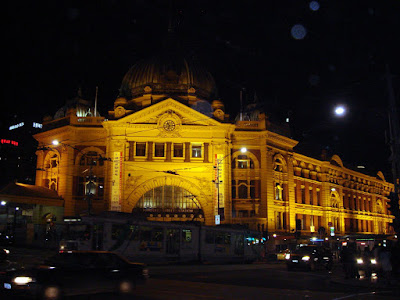 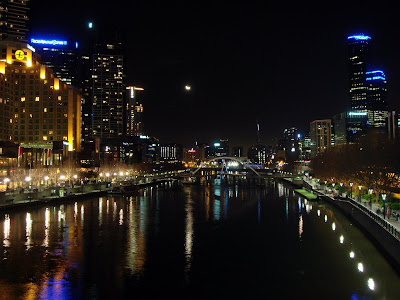 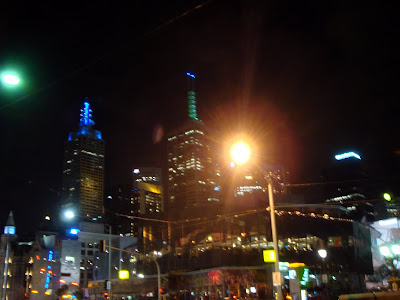