The Priest who could not Lie

The Priest Who Could Not Lie.

A distinguished looking young lady is on a flight returning from . She finds herself seated next to a priest and asks" Excuse me father, may I ask a favor of you?"

"Well of course Miss, what can I do for you?" he replies.

"Here's the dilemma, I purchased for myself, a superbly sophisticated electronic hair remover. I paid a lot of money for it. I really went well over the limits set forth by Customs, and I fear they will confiscate it from me. Could you perhaps secret it through Customs for me under your robes?"

"I certainly could my dear, only I must warn you I really am not ever able to lie..."

"You have such an honest face father, surely they will never ask any questions of you," and with that she hands him the hair remover.

After landing they proceed through Customs and it becomes the father's turn in line.

"Father, do you have anything to declare?" asks the Custom's officer.

"From the top of my head to my waist I have nothing to declare my son."

Finding this answer a little strange the custom's officer proceeds to
ask, "And from the waist to the floor, what do you have to declare?"

The father replies, "I have a marvelous little instrument destined to be
used on a woman, but which has never yet been used..."

Roaring with laughter the Custom's officer says, "Go right through father.
Next!"

Little Mary was not the best student in Sunday school. Usually she slept through the class. One day the teacher called on her while she was napping, ''Tell me, Mary, who created the universe?''

When Mary didn't stir, little Johnny, an altruistic boy seated in the chair behind her, took a pin and jabbed her in the rear. ''God Almighty !''

shouted Mary and the teacher said, ''Very good'' and Mary fell back to sleep.

A while later the teacher asked Mary, ''Who is our Lord and Savior?'' But Mary didn't even stir from her slumber. Once again, Johnny came to the rescue and stuck her again. ''Jesus Christ!'' shouted Mary and the teacher said, ''Very good,'' and Mary fell back to sleep.

Then the teacher asked Mary a third question, ''What did Eve say to Adam after she had her twenty-third child?''And again, Johnny jabbed her with the pin. This time Mary jumped up and shouted, ''If you stick that damn thing in me one more time, I'll break it in half!'

I was sitting at my desk when I remembered a phone call I'd forgotten to make. I found the number and dialed it. A man answered, saying "Hello." I politely said, "This is Chris. Could I please speak with Robyn Carter?"

Suddenly a manic voice yelled out in my ear "Get the right f**ing number!"
and the phone was slammed down on me. I couldn't believe that anyone could be so rude.
When I tracked down Robyn's correct number to call her, I found that I had accidentally transposed the last two digits.

After hanging up with her, I decided to call the 'wrong' number again.
When the same guy answered the phone, I yelled "You're an arsehole!" and hung up. I wrote his number down with the word 'arsehole' next to it, and put it in my desk drawer. Every couple of weeks, when I was paying bills or had a really bad day, I'd call him up and yell, "You're an arsehole!" It always cheered me up.
When Caller ID was introduced, I thought my therapeutic 'arsehole' calling would have to stop. So, I called his number and said, "Hi, this is John Smith from the Telstra. I'm calling to see if you're familiar with our Caller ID Program?"

He yelled "NO!" and slammed down the phone.

I quickly called him back and said, "That's because you're an
arsehole!"

One day I was at the store, getting ready to pull into a parking spot. Some guy in a black BMW cut me off and pulled into the spot I had patiently waited for. I hit the horn and yelled that I'd been waiting for that spot, but the idiot ignored me.

I noticed a "For Sale" sign in his back window, so I wrote down his number. A couple of days later, right after calling the first arsehole ( I had his number on speed dial,) I thought that I'd better call the BMW arsehole, too. I said, "Is this the man with the black BMW for sale?"

"I'm home every evening after five."

"Listen, Don, can I tell you something?"

"Don, you're an arsehole!" Then I hung up, and added his number to my speed dial, too.

Now, when I had a problem, I had two arseholes to call. Then I came up
with an idea. I called Arsehole #1.

"Are you still there?" he asked.

"Stop calling me," he screamed.

"My name is Don Hansen."

"Arsehole, I live at 34 Mowbray Blvd, Vaucluse, a yellow house, with
my black Beamer parked in front."

He said, "I'm coming over right now, Don. And you had better start
saying your prayers."

I said, "Yeah, like I'm really scared, arsehole," and hung up.

"I'll kick your arse," he exclaimed.

I quickly got into my car and headed over to Mowbray. I got there just in time to watch two arseholes beating the crap out of each other in front of six cop cars, an overhead police helicopter and a news crew. NOW I feel much better. Anger management really works.


Expecting life 2 treat u well because u r a good person is like
expecting an angry bull not to charge at u because u r a vegetarian. 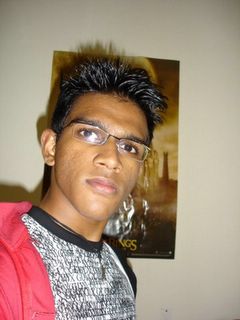 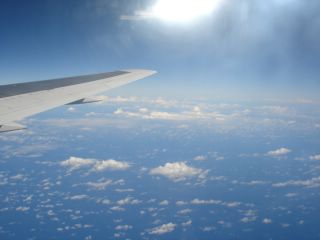